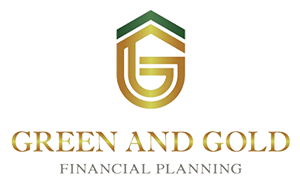 For years, those who have served in the military have had one constant; if you serve 20 or more years, you get a pension for life, if you don’t, you get nothing.  This changed a little when the Thrift Savings Plan (TSP) came into effect in the late 1980s.  With the TSP, the government did give service members a mechanism for saving money direct from their paycheck.  The big key here is that it was ONLY the service members money, Uncle Sam kicked in nada.  If you contrast this with many in the civilian workforce, who participate in profit sharing plans, most commonly in the form of 401K plans, not only are the individuals contributing to their retirement plan, but often it is being matched to some degree by their employer as well.  Well, starting in 2018, the US Military will start phasing out the traditional Military Pension Plan, the “High 3” plan, with the Blended Retirement System (BRS).  While the BRS will still have a defined benefit annuity, it will now also add a defined contribution plan with a matching funds component, to help those service members who do not fulfill the full 20 year commitment still be able to take advantage of a Thrift Savings Plan that combines their individual contributions with a government match.

Let’s start by talking about the High 3 plan.  Pretty simple; if a service member serves 20 years of honorable service, they become eligible for a pension plan from the US Government, which is in the form of a defined benefit annuity.  The benefit amount is based on the number of years of service and the average of the three highest paying years for that service member.  For example, SFC Joe Smith is retiring after 20 years of faithful service.  As an E-7, SFC Smith made $4,517 per month for the last three years of his service.  To calculate his monthly income in the “High 3” pension system we would use the below formula:

In this example, SFC Smith’s monthly benefit would be $2,258, which would be adjusted yearly to account for inflation.  Aside from his military pension, IF SFC Smith had contributed to the Thrift Savings Plan, he would also be able to access that account for his retirement needs.  It is important to note though, under the “High 3” pension system, the Thrift Savings Plan consists only of the service member’s own contributions and the earnings on those contributions.  Had SFC Smith served anything less than 20 years, he would not be eligible for the pension, but would still have any contributions he made to the TSP and the earnings on those contributions.

So that is the traditional “High 3” pension plan, what is this new Blended Retirement System (BRS) all about?  The military released a study in which it stated that 19% of all people serving in the military were making it to the 20 year mark and qualifying for the pension, with the vast majority walking away from years of honorable service with little to no basic plan in place for retirement.  Thus was born the BRS.  What the BRS is intended to do is to preserve the Defined Benefit Pension Plan while adding a Defined Contribution Plan to bring retirement savings portability to those service members who do not serve the full twenty years.

So how is the BRS plan different than the “High 3” plan?  First, it is important to remember that under both plans, if a service member completes 20 years of creditable service, they will qualify for the defined benefit pension plan.  However, under the BRS plan, the formula changes the multiplier from 2.5% to 2%.  So if we revisit the SFC Smith example from above, we find that his monthly benefit amount is now calculated using the below formula:

Now that we have a basic understanding of the current and the new system, in our next article we will start looking at the timeline for implementing the BRS, who is affected, and what decisions service members will need to make.